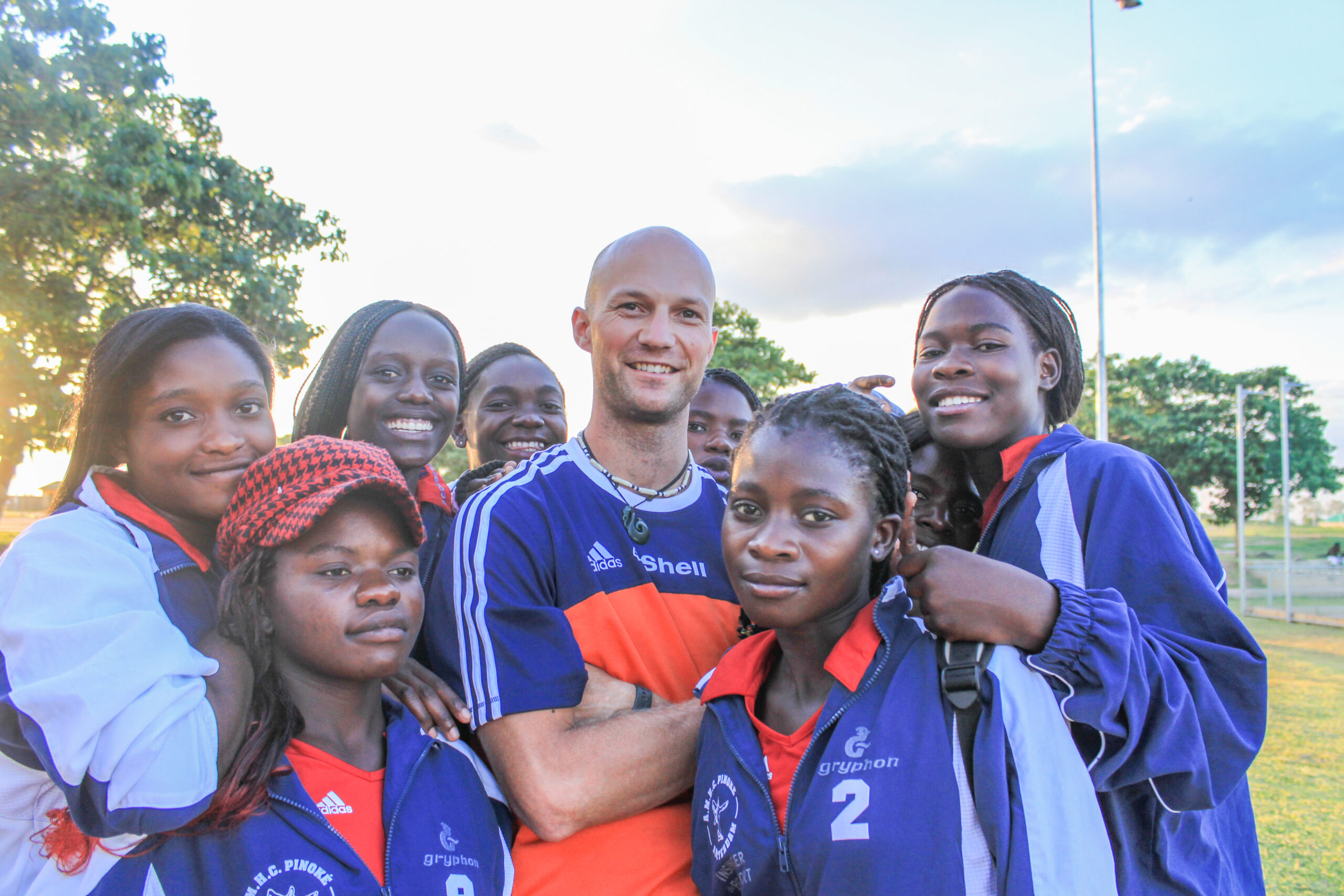 Gijs Hardeman’s mission is to offer young people in Africa the prospect of a better future via sport. To this end, he founded Hockey Dreams Foundation in 2012. In part 3 of the trilogy ‘Ten years of Hockey Dreams’, Gijs Hardeman recounts his hope for a professional organisation and his dreams for the future of the Foundation.

“We’ve always said to our coaches: you’re here because you want to be. You’re not here only so that you can study, or improve yourself. You have to have an intrinsic motivation to be a part of this group of hockey coaches and of this organisation.

This intrinsic motivation is not only a prerequisite for our African coaches, but also for our staff in the Netherlands. You have to really enjoy investing your time in the foundation and its aims.

Finding the right people is definitely not a given. We’ve often been fortunate to have people join, who have then stayed on board for years. Chairman Jan Willem is possibly the ultimate example. Originally a company director, he was always willing to help us out as a volunteer. If we had a fund-raising activity, he’d be involved. He made office space available for Hockey Dreams in one of his properties. When I began, I dreamed of an office in one of the hockey clubs – and now we have an office in Amsterdam close to Olympic Square – fantastic!

For the future, we need continuous commitment from people who share our dream. I really approve of organisations like The New Givers who make it easier to find the right people. Volunteers add a particular momentum to your organisation. In addition, Hockey Dreams needs four or five paid employees part-time to guarantee the necessary continuity.

I hope that companies and organisations, such as hockey associations and brands, commit to us and say: ‘What you people do fits in with our own mission statement. You do it well, and we want to commit some of our budget so that you can expand. Find professional people, and we will also benefit’. If hockey becomes more worldwide, that is only to the good of the sport. I am not the sort of top athlete who is only focussed on our own victories. I enjoy it when other countries win, as that’s good for hockey worldwide. Although it is not our mission to enable African countries to become major hockey countries, it could be a welcome consequence of the numbers of people we help to play hockey. Nowadays more than 2,000 children play hockey every week via the Hockey Dreams programmes. Fantastic to think that Hockey Dreams coaches play and coach at the Youth Olympics and in the Africa Cup.

Given my origins in the hockey environment, hockey is a logical means to achieving our goal. We have dialogues not only with companies, but also with Dutch hockey clubs and Dutch hockey players, hoping to interest them in becoming benefactors. In the Netherlands we are acutely aware of the positive impact of the social aspect of the sport and of the club culture. How fantastic is it, if a club can ally itself with a good cause, through which people not only can play hockey, but thereby also, thanks to hockey, have a social safety-net. Thus spreading the hockey passion even wider. I hope loads of hockey clubs commit to us, and to what they and their members can achieve with us.

How you can contribute

Vision for the future

I hope that the organisations that we have seeded in the past ten years in Zambia, Uganda and Malawi become self-sufficient. So that the financial drive no longer comes from us, but that they are able to run their organisations locally. However, to achieve that requires investment, training and coaching. I hope that coaches succeed in finding local companies willing to help. That they are able to say as local organisations: “Hey, we can stand on our own two feet and you are one of our sponsors”. That would provide room to start up new Hockey Dreams organisations in other places, as we  already receive requests from various quarters of the globe. Self-sufficiency of the local organisations is for us a great point to aim for on the horizon.”

I am eternally grateful to all volunteers who have contributed to our success. Also to the sponsors and companies who have donated to facilitate our work, to the suppliers who gave us good equipment, to the clubs who provided us with a platform, to organisations who subsidised us, and to every individual hockey player who ever gave us a stick. Zikomo!

[1/3]: How mission and vision changed

“We’ve always said to our African coaches: you’re here because you want to be. You’re not here only so that you can study, or improve yourself. You have to have an intrinsic motivation to be a part of this group of hockey coaches and of this organisation.”

Hardeman: “Everyone who goes to Africa, starts out naive. I tried to prepare myself, but still I ran into a number of hard obstacles. The cultural differences are of course quite large. In the past ten years I’ve tried to learn ‘the’ African culture, but also attempted to make it clear that I am from a different culture, and that we should learn from each other.”