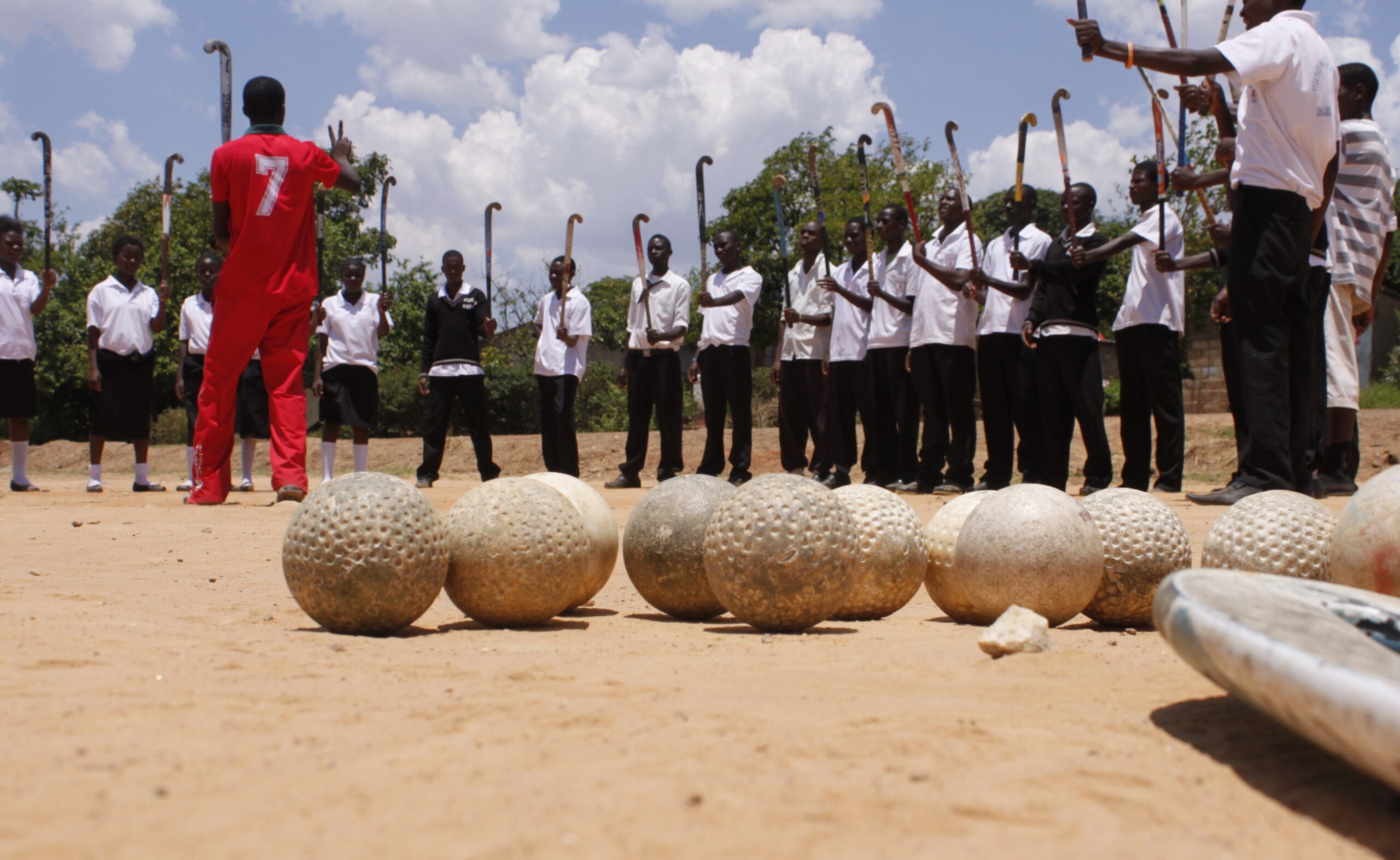 For Gijs Hardeman it started when he reported on the Oranje-Trophy, a supporters’ convoy of orange cars that travelled to South Africa for the World Cup football. There he became addicted to Africa; the following year he worked for the KNHB (Dutch Hockey Association) in Zambia, and started Hockey Dreams Foundation in 2012. His mission? To offer young Africans a better future, using sport as a vehicle. In part 1 of the trilogy ‘Ten years of Hockey Dreams’ Gijs Hardeman explains how his mission looks ten years later.

Hardeman: “After working in Zambia it was my sport management background that set the tone: ‘And now? If I leave, what I’ve built up will disappear’. The girls and boys I trained in Zambia are kids from the slums. If they can get a paid job at a petrol-station or supermarket, they take it and leave the training-programme. Whereas I wanted to ensure continuity. At that point, there were subsidies available from the Netherlands to provide expertise and to train people on the ground. However, without continuity of funds or materials, my efforts for the KNHB would have been a one-off, and I didn’t want that to happen.

The burning question was thus: “How can we build a durable basis?” That led to the question: what kind of organisation do we want to be? Our focus is not so much on  the future of hockey training, more on stimulating the trainer to think about his or her role in that future.

Back in Holland I started Hockey Dreams Foundation – then called Kadish Foundation – as a fund-raising organisation. Putting it bluntly: we needed a source of financing. This would enable us to offer scholarships to the coaches so that they could attend and graduate from a recognised educational institute. In exchange for this scholarship they gave training to children in their neighbourhood. So it wasn’t just a donation to the coaches, but a grant which they repay by providing fun, games and future prospects to the children who take part in their training sessions. These children – for the most part uneducated – learn to play together, find role-models, and at a certain point perhaps are inspired to think: “I want to become a coach like that”.

For a long time I had to deal with the question from the general public: “What use is hockey to those people in Africa?” I would explain that in our vision it was all about education. Still the question would arise: “But why hockey?” The choice of hockey was for me entirely logical – I was a hockey-player, travelled the world playing hockey, and had been involved in training coaches in Zambia for the Dutch Hockey association.

Initially, our approach was also not totally clear for the coaches themselves. My activities were different than originally envisaged, when I was training hockey coaches. Hockey Dreams enables as many coaches as possible to finish their education, so that as a consequence as many children as possible benefit from that. Sporting success, as a side-effect of a growing and increasingly competent hockey community, is a coach’s dream, and of course very welcome. But that is their responsibility, not ours.

Initially I dreamed of a foundation that in ten years would train ten coaches in ten countries. In this way we would reach ten thousand children. Chasing statistics quickly became less important. Nowadays, Hockey Dreams facilitates a talent programme for coaches, a scholarship, but also a programme on and off the hockey-pitch. Coaches develop by being given responsibility for diverse aspects of sport management.

The thought behind this approach is that we trust our coaches; we give them the tools to find work in other fields, and they realise from experience that they can make a difference in their community. I hope we encourage them to think about their own independence. A couple of boys and girls have been able to find excellent jobs via Hockey Dreams: at a private school as gym teacher and in an administrative and maintenance position with an agricultural organisation.

Read more about our coaches

Hockey Dreams was a 24-hour occupation for me. Two years ago, my mindspace was all of a sudden gone. I had no room to be creative in my other – paid – activities. Hockey Dreams was generally my priority, and the rest had to fit in around it. That is not a sustainable situation, if you can no longer personally practise that which you are trying to promote. Fortunately I was able to hand over the reins to other people full of energy and commitment.

I am immensely proud that we have grown so much. I have always said that we need to develop ourselves as a professional, sustainable and transferable organisation with a healthy income flow. And we have.

And yet every year still we ask ourselves the crucial question as to whether and how we should continue. I think this is a very good thing, to keep this question at the forefront of our minds. There is an incredible investment of time in all the various tasks aimed at increasing donations so that we can make a difference. We want to tell our story, and we see that it still makes a difference.

I hope that the coaches we are currently training will at a certain point earn enough money in their jobs, to be able to be financially independent, and additionally that they will remain active in sport as volunteers. I hope that at a certain point – when they are a bit older, and have acquired a certain status in their own community – they will say; “I’m going to start my own Hockey Dreams here”. Then we’ve achieved the continuity and stakeholdership that I hoped for.

Hardeman: “Everyone who goes to Africa, starts out naive. I tried to prepare myself, but still I ran into a number of hard obstacles. The cultural differences are of course quite large. In the past ten years I’ve tried to learn ‘the’ African culture, but also attempted to make it clear that I am from a different culture, and that we should learn from each other.”

“We’ve always said to our African coaches: you’re here because you want to be. You’re not here only so that you can study, or improve yourself. You have to have an intrinsic motivation to be a part of this group of hockey coaches and of this organisation.”