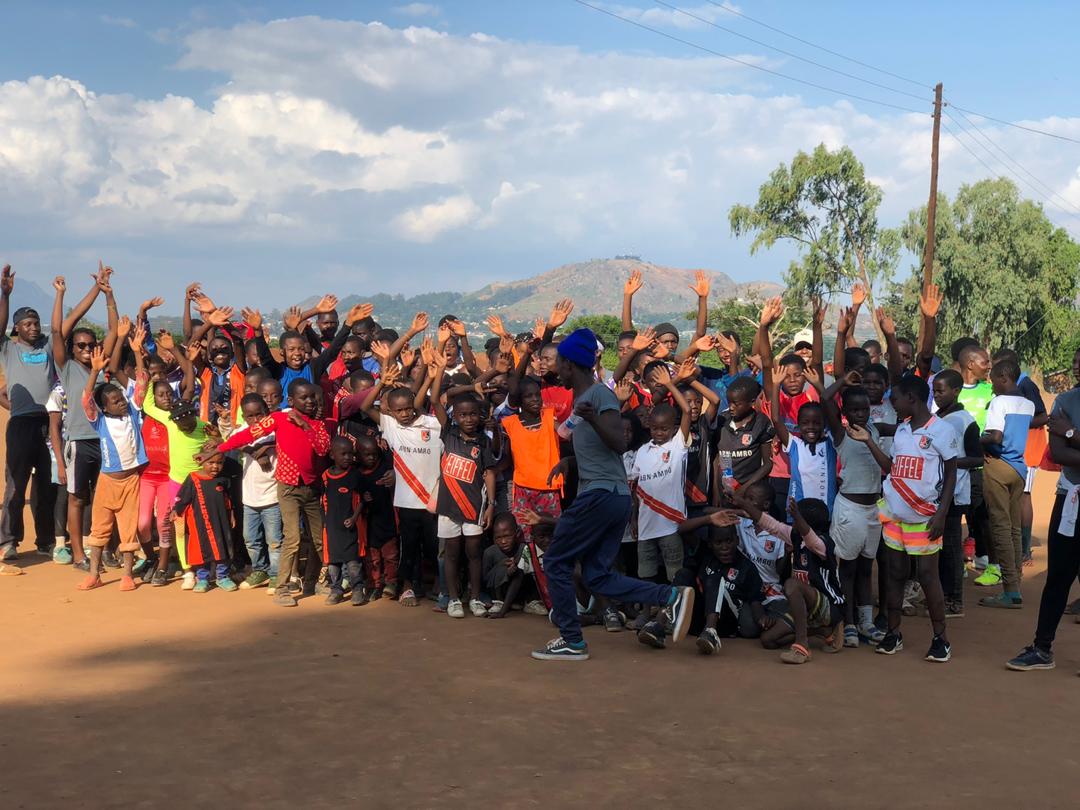 Back on the pitch again!

It was the third weekend of November in 2020. A special one.. After a long time of not being able to step on the hockey pitch again, in both Zambia and Malawi a camp took place. Our teams of Coaches tell you about it.

Supported by Wings of Support

From the camp in Lusaka, Zambia

Before COVID19, here in Zambia the Hockey Dreams Coaches have their own projects of coaching kids in schools and some in the community. But we had stopped due to COVID19 pandemic. It has not been long since we resumed our training sessions with the kids. They were super excited when we told them that they will be having a camp after so many months of not playing hockey!

All the kids responded so well to the clinics. Most of the drills we prepared on the first day were about ball protection and defending. We connected our day one objective with day two, where most of the drills had to do with fun and teaching about life skills, how to protect themselves and defend what’s rightfully theirs. We also like to get feedback from our kids by asking them how the drills were, what they enjoyed and what they would like to see on the next camp.

We learn a lot from the kids

For us, the Coaches learning is continuously, because we deal with different types of kids and we also learn from our mistakes and from many kids through hearing their stories, how they approach certain challenges. Their response to the same challenge, before the camp we do some research on how to organize, interact, teach and explain things to kids. We make sure that before the camp every coach and volunteers know exactly what they are supposed to do and work extra hard so that at the end of the day all kids and Coaches enjoy the camp and learn one or two thing.

We are more than happy to say that the Coaches knew exactly what they were supposed to do and stick to the objective of the camp together with the volunteers. On to the next camp!

From the camp in Blantyre, Malawi

It was a beautiful morning of November 21st at Kapeni Demonstration School in the City of Blantyre. Buses started driving in at the compound dropping off kids with beautiful smiles on their faces who were eager to take part in the Camp. At exactly 8:00am, all the Camp Materials including the Hockey sticks, Balls, Coins were ready and present at the scene. The Coaches and the Kids all together looked amazing, We then had a welcoming remark from the Camp Manager who enlightened us of all the things that will take place on that day. Our Camp Theme was “STAY SAFE” and was followed by introductions of the Coaches.

After that we had to go back to the daily business, the kids were arranged in lines according to their age groups and were called line by line to get their hands sanitised and get there temperature  checked. The exercise took around 20-30mins.

Including the pandemic in our games

Then we allocated them in 9 groups since we had a total of 8 Coaches and 2 Volunteers, so every Coach had a specific group to look after and 1 Coach was supervising all the activities on all groups. The activities includes drills and basics just to mention a few. Because of the COVID19 pandemic, we involved some talks throughout the Camp on how to stay safe and prevent ourselves and others from COVID19. One of the Coaches taught and showed us a better way of washing our hands, wearing a mask and other preventive measures.

At exactly 12 o’clock the kids were put back on line one of the Coaches helped them to wash hands while the others were serving them food. We had Rice with chicken and vegetables for lunch, and not forgetting a banana for some vitamins! We rested for an hour and 30mins before resuming.

Late in the afternoon we had some matches and it was so fun! At 3:00pm we had to call it a day, and refreshments were distributed among the kids. Then they left for their homes. We made sure all the materials were packed and kept safely, we had a short day overview and after that we also departed.

Happy kids and a lot of matches (day 2)

On Sunday morning the 22nd, we met again. It was surprising to see the kids looking all strong and happy like it was the 1st day of the camp again. Whilst the Coaches were busy unpacking the materials, some of the elder kids took it to themselves and start arranging the kids in lines like we did the day before, it was fun. We had some talks from some of the Coaches, got reminded about staying safe, this time around it wasn’t only about staying safe to COVID19 but we were reminded also about HIV/AIDS, Malaria, Cholera and some other deadly diseases.

Then we got our hands Sanitised again and our temperature checked. The kids got so excited when we told them that day was strictly a match day. We made a fixture for them to make sure every team played against each other. It was amazing to see how Coaches and kids all responded to this, it was more or less like a real tournament. The overall vibe was great, the kids had so much fun and it was exciting to see them enjoy the sport which was one of our primary goals for the camp.

We had lunch 12:00 noon that day. Like the previous day, we had rice with chicken and beans and a banana also. After lunch, then it was time for the final games. We got to see champions of the camp, the team displayed good hockey and a great sense of sportmanship. After the games we gathered under one of the huge trees at the campus, now it was time for question and answers about what they have learned at the camp. How was the Camp for the kids? How would they want the next camp to be like? We were all amazed when one of the kids was asked when are we going to meet again and with all courage she said next week, same place and same time which showed that the kids didn’t had enough. We bid each other goodbye, the kids left and later all the Coaches left for a meeting at the Hockey Dreams office in Kanjedza.

In Zambia, Malawi and also Uganda we normally organise three different types of camps for our kids.