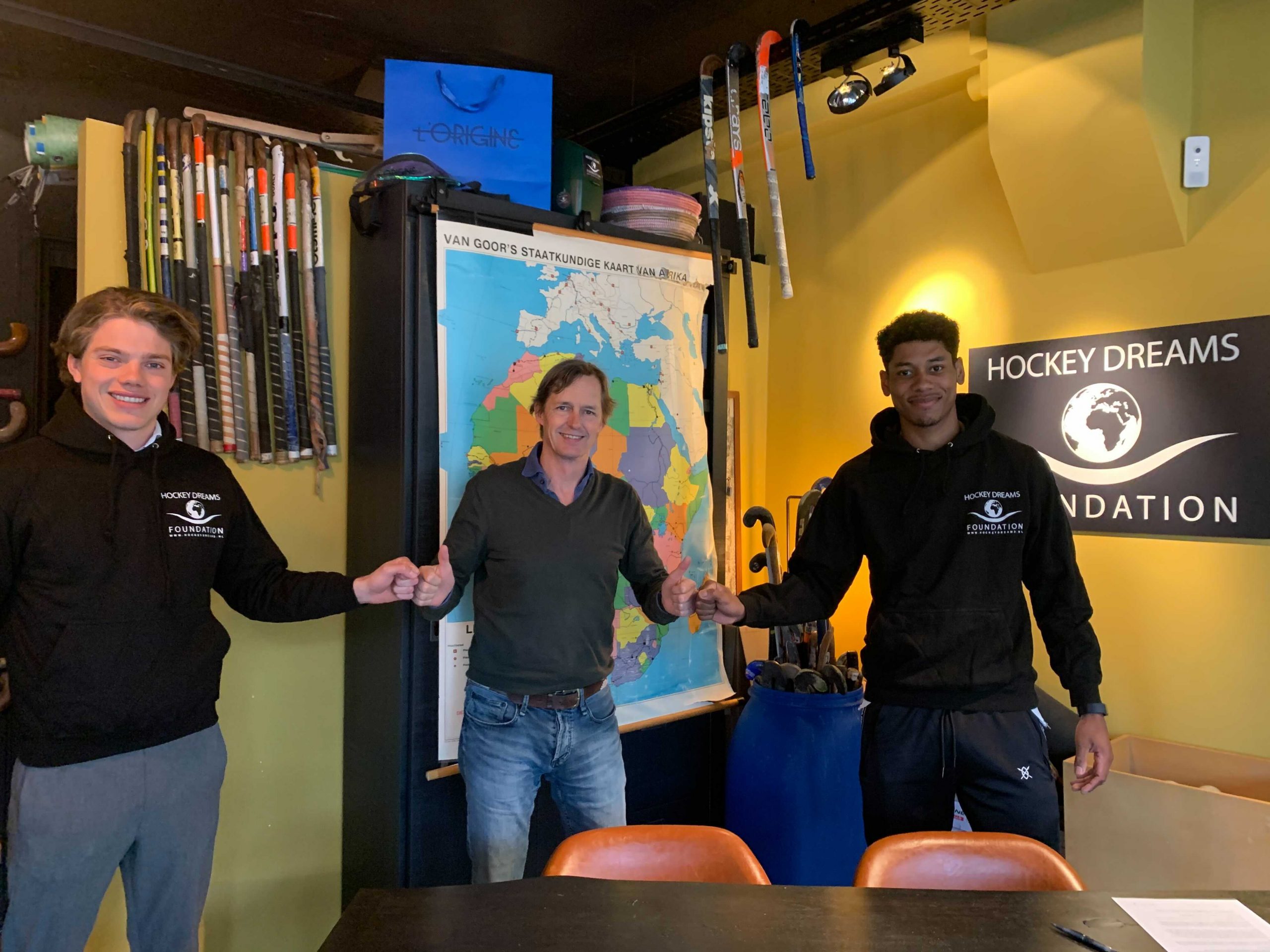 From March 2021, Terrance Pieters and Derck de Vilder – both hockey players at S.V. Kampong – are becoming part of the Foundation.

“I am a proud Ambassador of the Hockey Dreams Foundation. I think the initiative is phenomenal!”

For the past years, Hockey Dreams has proven itself a worthy cause with a strong mission. With hockey as its core weekly thousands of kids are reached through Hockey Dreams by the Coaches. The Coaches too are supported and guided in their personal development. Thanks to the programme, kids follow learnful courses, enroll back into school, and receive the opportunity to develop themselves as true coaches. All to create a better future. Not only for themselves but for others too: being a Coach means being a role model. Entire communities benefit from the programme.

Terrance: “I am a proud Ambassador of the Hockey Dreams Foundation. I think the initiative is phenomenal: using the sport of hockey in order to provide the people in disadvantaged countries a better prospect. This is something I truly support, and I cannot wait to fully commit myself!”

Derck: “I have become a Hockey Dreams Ambassador because Hockey Dreams applies my biggest passion (hockey) to inspire underpriviliged kids. Youngsters have the opportunity to go back to school and find prospects for a better future. I am prepared to help and contribute to the cause of Hockey Dreams!’’

Jan Willem Bredius (Chairman of Hockey Dreams Foundation): ‘’We are most happy with Terrance and Derck. When these enthusiastic hockey players were asked to join Hockey Dreams they certainly did not have to think twice. With hard work and perseverance, dreams can be achieved; and these two youngsters are the finest examples! Right up the alley of what we are teaching our Coaches in Africa.”

“Youngsters have the opportunity to go back to school and find prospects for a better future.”

Terrance started playing hockey at the age of six at Hockeyclub Almere, where he played for 16 years, six of them he played for the first team. In 2019 Terrance made the switch to the top club S.V. Kampong. He became European Champion with the Dutch U21 team and in 2017 Terrance made his debut for the Dutch National Team.

Derck started at the age of four at Pinoke in Amsterdam. Here he played until he was 20, of which the last 2 years he played for the first team. From there he made the switch to S.V. Kampong, where he is now in his 3rd season. He went through all youth national teams, became European Champion with the Dutch U21 team together with Terrance and made his debut for the Dutch National Team in 2018.

Awareness for hockey for development